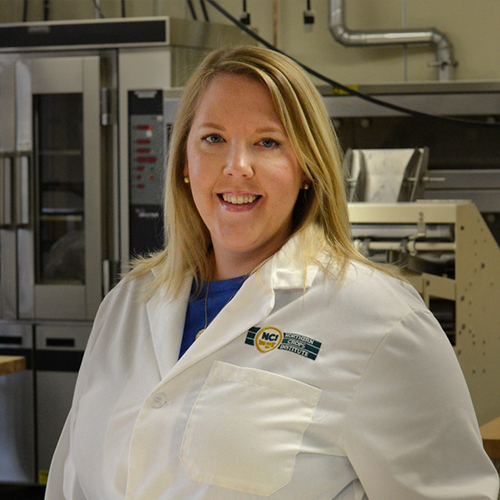 Rachel Carlson is the Food Scientist at the Northern Crops Institute. She specializes in baking with wheat and soy. She also conducts laboratory analyses on northern-grown crops, assists with pilot-scale processing, and participates in demonstrations and training for domestic and international trade team and short course participants. Previously, Carlson was the Research Specialist for the Agricultural and Biosystems Engineering department at NDSU from 2008-2010, working with canola and canola biodiesel. She was also the Student Lab Assistant for the Cereal and Food Science department at NDSU from 2005-2008.